Blog - Latest News
You are here: Home1 / Test-For-Posts2 / Author Advice3 / What Can Authors Learn From The #ALSIceBucketChallenge 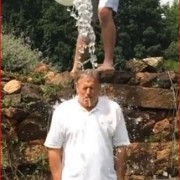 Participating in good deeds of charity can help promote your image, whether you are famous or not.  If you are an author challenge another author like Stephen King did and keep this thing going! 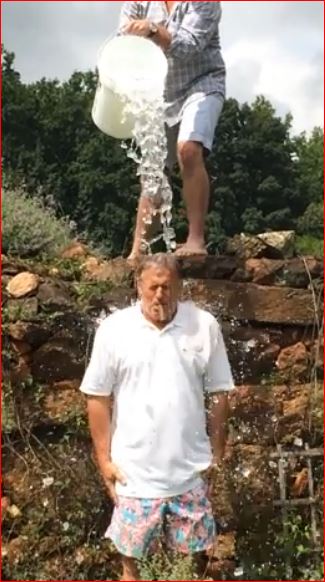 The “ALS Ice Bucket Challenge” today’s social media explosion, has caused a dramatic change in awareness among many. Whether on Facebook, Twitter, or YouTube, the “icing” videos have taken over everyone’s newsfeeds.

The challenge involves filming a video of yourself while getting drenched by a bucket of ice water, share it on social media, and challenge others to do the same or to donate $100 to an ALS disease research fund of their choice.

What is ALS Lou Gehrig’s disease and how did this whole phenomenon come about? ALS is a progressive neurodegenerative disease that affects nerve cells in the brain and the spinal cord leading to muscle weakness, loss of the use of arms and legs, and difficulty breathing, swallowing, and speaking.

The Ice Bucket Challenge was started on July 15, 2014 by Chris Kennedy, a golfer from Sarasota, FL, who was nominated by a friend to participate in the challenge, which at the time had no ties to ALS. Kennedy selected the ALS fund to donate to because he had a relative suffering from the disease. In turn he nominated his wife’s cousin Jeanette Senerchia, whose husband, Anthony is suffering from ALS.

Kennedy, in an interview with TIME said, “What started out as a small gesture to put a smile on Anthony’s face and bring some awareness to this terrible disease has turned into a national phenomenon and it is something we never could have dreamed of.”

Beth Kanter, author of Measuring the Networked Nonprofit, said in an interview with NPR that, “I think part of the success is that really it appeals to the way that we’re using social media. We’re always taking selfies, we’re sharing details about our lives. Also, we’ve had a summer of downer news, with conflict in Iraq so people are ready for positive news.”

“People want to look good to others, so it’s hard to turn down a prosocial cause,” Jonah Berger, the author of Contagious: Why Things Catch On, wrote in an email to The Huffington Post. “ALS is a great cause, so when someone asks you directly to do this, it’s hard to turn them down without seeming like a bad person.”

These public displays help people promote themselves whether it is their goal or not. Beth Kanter, said, “One of the key ways these campaigns become successful is the social proofing that’s involved. And what I mean by social proofing is you’re observing other people in your network doing something and you want to participate as well.”

This is enforced when celebrities such as Matt Lauer, anchor on The Today Show, and Lebron James, Cleveland Cavaliers player show their support by taking the challenge. Stephen King joined the fun and challenged fellow author John Grisham, to do the same. Check out the Stephen King video at this link:

and John Grisham taking the challenge at:

King tweeted afterwards and said, “My shoes are wet and I’m freezing. While I dry off, go to #icebucketchallenge and kick in some dough.”

The Ice Bucket Challenge has been very rewarding to the ALS Association. Record-breaking donations from the viral sensation of icing videos have provided the organization the ability to do extensive research on Lou Gehrig’s disease. As of this writing since July 29, the organization received $41 million from existing and new donors.

The Bottom Line: Participating in good deeds of charity can help promote your image, whether you are famous or not.  If you are an author challenge another author like Stephen King did and keep this thing going!

Learn more about Westwind Communications’ book marketing approach at http://www.Book-Marketing-Expert.com   or contact Lorenz at [email protected] or by phone at 734-667-2090. Follow Lorenz on Twitter @aBookPublicist #ALSIceBucketChallenge