How Rachael Ray’s TV Career Was Propelled By Radio

You are here: Home1 / How Rachael Ray’s TV Career Was Propelled By Radio

How Rachael Ray’s TV Career Was Propelled By Radio

Rachael Ray heads an empire that includes hit TV shows, best selling books, a magazine and her own product lines. Things keep getting better and better for Rachael Ray. But, you might be interested to know that it was a couple of radio interviews that propelled her to fame and fortune.

As a book publicist I talk to authors and clients every day and every so often one says,  Oh I really don’t want to do radio  or I’ll have a client who’ll decline a radio interview and then give me reasons like  There’s only 5,000 people listening to that station, or such and such is a small town, or nobody listens to radio at 2AM, or whatever. I usually respond with If the Rotary Club in your home town called you today and invited you to speak to their club and 450 people would be in the audience, would you go?  The answer is always a resounding  YES! I’d love to do that What’s the difference? Perhaps it’s perception. If you can see them, 450 people are a lot of folks. If you can’t see them it’s too small. How about 5,000 people? But, it’s not always the quantity of listeners it’s the quality of that listening audience.

Let me tell you, radio makes stars, radio interviews get people on TV, radio gets people on Oprah. 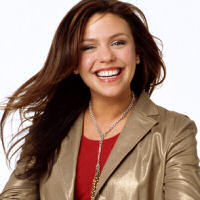 That brings me to the story of Rachael Ray and her big break in 2001. She had already sold 10,000 of her cookbooks and she had her own TV segment on WRGB, the local CBS affiliate in Albany, New York. Jennifer Pullinger, the publicist at National Book Network assigned to work on two of her books, Comfort Foods and Veggie Meals, had booked her on various radio shows for phone interviews as part of the publicity campaign. After booking Ray on a handful of small-market radio shows, Pullinger utilized one of Ray’s contacts at WAMC in Albany, New York and scheduled her for a cooking demo on Northeast Public Radio’s “Vox Pop.” The host, Joe Donahue, had had Ray on his program before and happily booked her again. Ray did her demo, and of course, listeners loved it.

And, guess who was listening to that station? Someone who knew the Food Network’s VP of Programming, Bob Tuschman. That  influential  person heard Ray’s segment, and told Tuschman about her. Tuschman then called Pullinger to arrange a meeting with Ray and the rest is history. Oh, and who was listening to another of Rachael Ray’s radio interviews while on his vacation? Al Roker, the weatherman from the Today Show. Al told the show’s food producer to check her out. The producer called Pullinger and booked Ray for a live cooking segment with Al on the Today Show. She was a hit. Then after a couple of years on the Food Network she got THE BIG CALL from Oprah which led to her daily nationally syndicated TV show.

Her big break(s) can be traced back to radio interviews and the groundwork laid by her publicist Jennifer Pullinger, who had previously shipped tapes of Rachael on WRGB-TV to the Food Network and all the morning shows. Think about it. A major star’s career was born from a radio interview, and one that happened at the last minute, and one she nearly turned down. PR opened the door for Rachael Ray and it can do that for you too. Putting a value on that is hard to do but, I’d have to say it’s priceless.

I am often called by producers who want a guest at the last minute. I always deliver them a guest and since I just helped them out of a jam they remember it.
The bottom line is, radio works – radio is a great medium. If you get a radio opportunity, take it! You never know who’ll be listening.